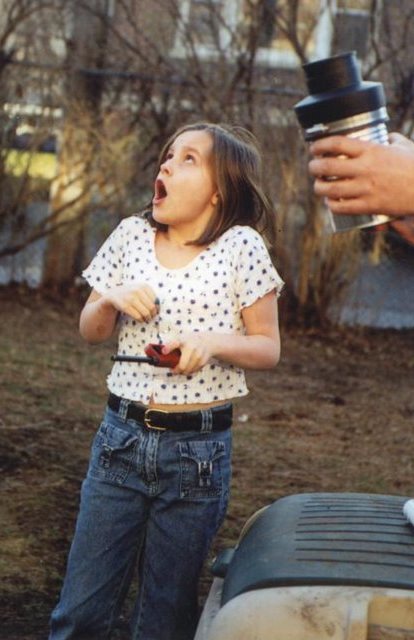 In 1997 a dozen elementary-age students at Clara Barton Open School, a Minneapolis public school, asked their parents about forming an after-school club where they could choose and direct their own projects, create, and build solutions to problems and go on field trips. They wanted to learn, but they wanted to learn in a place that was “not like school.” They craved hands-on learning and interactivity with peers who had similar interests in active learning. The parents incorporated Leonardo’s Basement as a tax-exempt, non-profit educational organization one year later.

Why is it called Leonardo’s Basement? We chose the name for several reasons:

First, Leonardo daVinci remains the best representation of a curious and observing mind. He is the exemplary Renaissance man – integrating engineering, art, science and technology.

Second, the name conveys our interest in discovery and experimentation and the informal nature of heading into the “basement,” where tinkering and exploration is encouraged.

Third, we believe in helping individuals to learn how they learn and to help them discover their passions while developing personal and technical skills. Instructors are partners, supporting individual learners on their journey to become modern-day daVincis.

In subsequent years programs and partnerships have grown. For example, in 2006 the Studio Bricolage program was developed in response to increasing demand from adults for classes in which they could learn new skills and rediscover curiosity while working with others. In 2014 Leonardo’s Basement hosted the first Minneapolis/St. Paul Mini Maker Faire, now an annual event attracting thousands of attendees.

After years of planning Leonardo’s Basement moved into an 11,000 square foot workshop facility in 2016 to provide room to grow, ease of operation and an outdoor space for building. The new space is big enough for 150 students to be working at one time, this is especially important for the growing school year field trip program.

Over 40,000 students have been served since 1998. The twelve kids who inspired the pilot program are now enjoying success as adults. On their journey four of them taught classes at Leonardo’s Basement, as have many alumni!